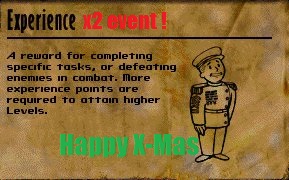 Enjoy it with Centaurs, Floaters and Mutants.
2

TIPs:
- take friends with You,
- take quests with Turn Base mode 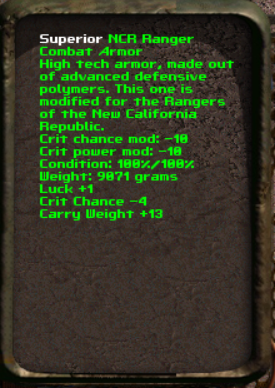 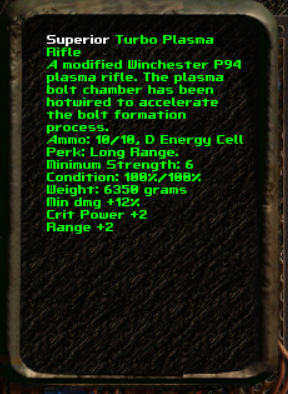 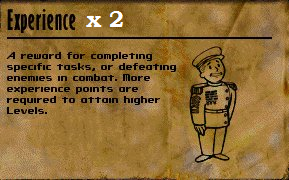 Survival Guides / Rage Quitting: A How to Guide by BenKein [edited]

« on: October 18, 2017, 06:47:11 pm »
Alright friends and enemies, girls and gals, mates and mated, welcome to Ben Gorgon's guide to RageQuitting!
First, it is very important to know, you will never be a great FOnline player until you have officially (and very vocally) RAGEQUIT!
Every master has at least once followed, in some form or another, these very simple rules to getting the hell out (yeah right).

But before we do that, I must explain the wrong ways to quit the game, because I wouldn't want you to move on with your life, or silly things like that.

1!. DO NOT;
Just leave without telling anyone! People on the IRC will ask about you, using vague terms such as "Where did that one Crafter Noob go?"

2!. DO NOT;
Leave your unused bases to new players or well liked faction members. You may in fact need them in the near future.

3!. DO NOT;
Leave your cars parked on the World Map. This one is just more for personal safety. I fall for that shit all the time...

Step 1: Post an all caps message in General Discussion. It is very important that you use all caps because IT LOOKS LIKE YOUR YELLING! Make sure to describe in no uncertain terms the following points: THE GAME IS DEAD and/or BROKEN, THE DEVS DON'T CARE and/or ARE ASSHOLES THAT DON'T PLAY THEIR OWN GAME, THE PLAYERS ARE CHILDREN and/or ALL PK ASSHATS, and last but certainly not least I'M NEVER PLAYING AGAIN. Be sure to tell people you intend to give out all of your characters and their belongings, but don't. You had to grind this retarded-ass game for months to get that stuff, those noobs don't deserve a cap.

Step 2: Relay the previous five points in-game (make sure your /shouting) while idling in NCR. Make sure to stop any blue suits to tell them that the game is terrible and they should not be playing it, then burst them with the grease-gun in your left hand. That should give them what for.

Step 3: Return to your forum topic. You will probably find that no one has posted, and your topic has been bumped down to the second page. This CAN NOT happen. Repeatedly double post until someone loses their shit. We shall come back to this, because you will likely be waiting awhile.

Step 4: Troll the IRC as much as possible. Make sure to harass anyone who mentions that a feature is cool, or that they are having a good time. If asked the question "didn't you quit or something", throw an absolute bitch fit. "Of course you fucking quit, this game is shit!" If a Dev is on, make sure to tell them how they are awful people, who spawn free items for their friends and shit on the little people. Don't worry if you get a ban, that's what proxies are for.

Step 5: Disappear for a day, then create a new forum and IRC name. Repeat steps 1-4 and be sure to agree with yourself in the topic you created. Don't be disheartened if you start having a conversation with yourself on the forums, it is a necessary evil.

Step 6: Come back with your first namesake and rabidly flame any and all who disagreed with your forum topic, making especially sure to call them children, gay, and stupid. Log into your second account and do the same, but effect a transparently different writing style.

Step 7: Get Banned on both accounts. You must make sure that you are banned, because if you're not, you did all of this for nothing.

Step 8: Actually leave for a month. Play a different game or something.

Step 9: Come back to find nothing has changed, but be sure to say that something, in fact, has been modified more to your liking, therefore it is more playable, but not by much. Never, ever admit that the game has actually "gotten good", that would be admitting defeat just the same...


Now you have become a successful ragequitter! Players will respect and adore you for your fantastic advice and wonderful insight! Woman will fling themselves at you, because you are now a master at the FOnline!

The only thing you need to learn now..... is how to shut the hell up!

Alright there folks, due to popular demand and no small amounts of boredom, I am pleased to bring you the full-fledged expansion to this wonderful guide;
ADVANCED RAGEQUITTING!
Use the advice in this section AT YOUR OWN RISK, as its contents may cause the following side effects: Psychosis, Schizophrenia, Panic Disorder, Autism, Gout, Chronic Halitosis, Infection of the Nose and Mouth, Explosive Diarrhea, and in some cases Death. Please contact your family doctor if you develop any of these symptoms...

During your first successful rage quit it was probably brought to your attention on multiple occasions that no one gives a fuck. "How can this be?" You may ask, "I did everything the guide said to!". Well, unfortunately for you FOnline is largely populated by sadistic masochists that take orgasmic pleasure in watching you suffer. There are however, ways around this ingrained, childlike need to pluck the feathers from a bird and watching it try to fly away.


1. Adopt a Brother: FOnline can be very addictive, even if it is complete shit. Actually, it may be such a strong habit because it is such shit. This, we may never know. Anyway, even after you have successfully quit, you may find yourself inexplicably drawn back to the game, like a meth head back to the pipe. This presents a moral dilemma, do you return to playing or stay strong and turn your back on it for good? Fortunately there is another option for you discerning folks, pretending to have an estranged brother! You see, it would be oblivious to anybody with two rocks in their head that you are playing from the same I.P. address, mostly because the IRC clients scream it rather loudly when you log in. This method fixes both of those issues in one fell swoop. Obviously your brother has the same I.P., he lives in the same house, and duh you're not playing, the game sucks Brahman udder! See how that works?

2. Die: If you find that the already callous community is giving less of a fuck then usual, you may want to try faking your own death. I mean seriously, what could be sadder than a loyal 2238 player getting run over by a semi-truck? This one can be a real challenge to pull off though, being dead kind of puts a damper on your ability to post on the forums. This is where we bring tip one back into play. Your now well-known brother posts a sad memorial of his flattened kin, telling his comrades in arms how much the game and its players meant. Adversely, an angry description of how the kid committed suicide because of the cold-hearted comments and lack of support he received and how a kind, helping hand could have saved his life, would work just as well. It really just depends on what you're going for here.

3. Be Abused: As before mentioned, the GMs and Devs are a bunch of ripe asses who do nothing to better the game, except restart the server when it crashes, if that. It is also a well-known fact that these sadists are constantly jailing and torturing your hard-earned characters, simply to watch you squirm. It is your job, nay, it is your duty to bring light to these distressing instances of GM Abuse. Every time you see a GM or Dev attempting to help someone out, tell everyone around you (and on the IRC of course) that this is hugely unfair, because you never received such help. If you are actually jailed in this crusade against tyranny, you must inform every one of this terrible misappropriation of justice. Make especially sure to harass Kilgore as much as humanly possible, because he is obviously the root of this inhuman corruption. This actually leads us nicely to my fourth and final tip:

4. All GMs and Devs are Addicts: It is painfully oblivious that the blood, sweat, and, tear money that you so graciously donated several years ago, is not being used to benefit the server and its game. The greedy creators and so-called protectors of FOnline must therefore be using your donation to buy anything from cheap beer to crack-cocaine. This is unacceptable, you specifically gave them these funds to improve the community, not their petty addictions. Spout to everyone who plays that your arch-nemesis dev/gm is a serious coke whore, and should be hospitalized or criminalized for their evils. Specifically hunt down this person and attempt an online intervention, they need it really badly. Not only does this allow you to rage at them with a clear conscious, but you'll also be saving a life in the process.


Thanks for reading guys, I hope you enjoyed.

P.S. I only used Kilgore's name because he is the only GM I see on with any regularity, and he gets a lot of undue rage thrown at him, so please take this as it was meant to be, a long-winded joke....

P.S.S. It is my intention to continue to expand this! If you have a rage quit story, a good idea for this guide, or would like to give me an interview for the newest planned section "Hall of RAGE", please PM me or find me on the IRC, I would love to hear it...

Holotape is hiden in container.