« on: November 13, 2018, 11:36:54 am »
After finnishing Junktown's quest about pact between Junktown and Hub, Durango in Hub doesn't speak to me anymore. It prevents me from doing jobs for him as delivery bulk orders. Anyone has same thing?
Or maybe is it caused by my bad rep? I accidentaly took map from Regulator in encounter.
2

« on: September 12, 2017, 10:49:22 am »
When you do Tyrante in TB (didn't try it in RT combatmode), after death his body is vanishing. So you have to shoot last bullet when you stand near him, and instantly change mouse cursor and click on his body before it will vanish or otherway you'll be not able to loot him from cash, armor and gun. Maybe it's not a big deal, but after all his death should give as some award (except man in Boneyard).

I have no screenshot, cause it's pointless to show my char on that map without body of Tyrante, he dissapear too fast.
3 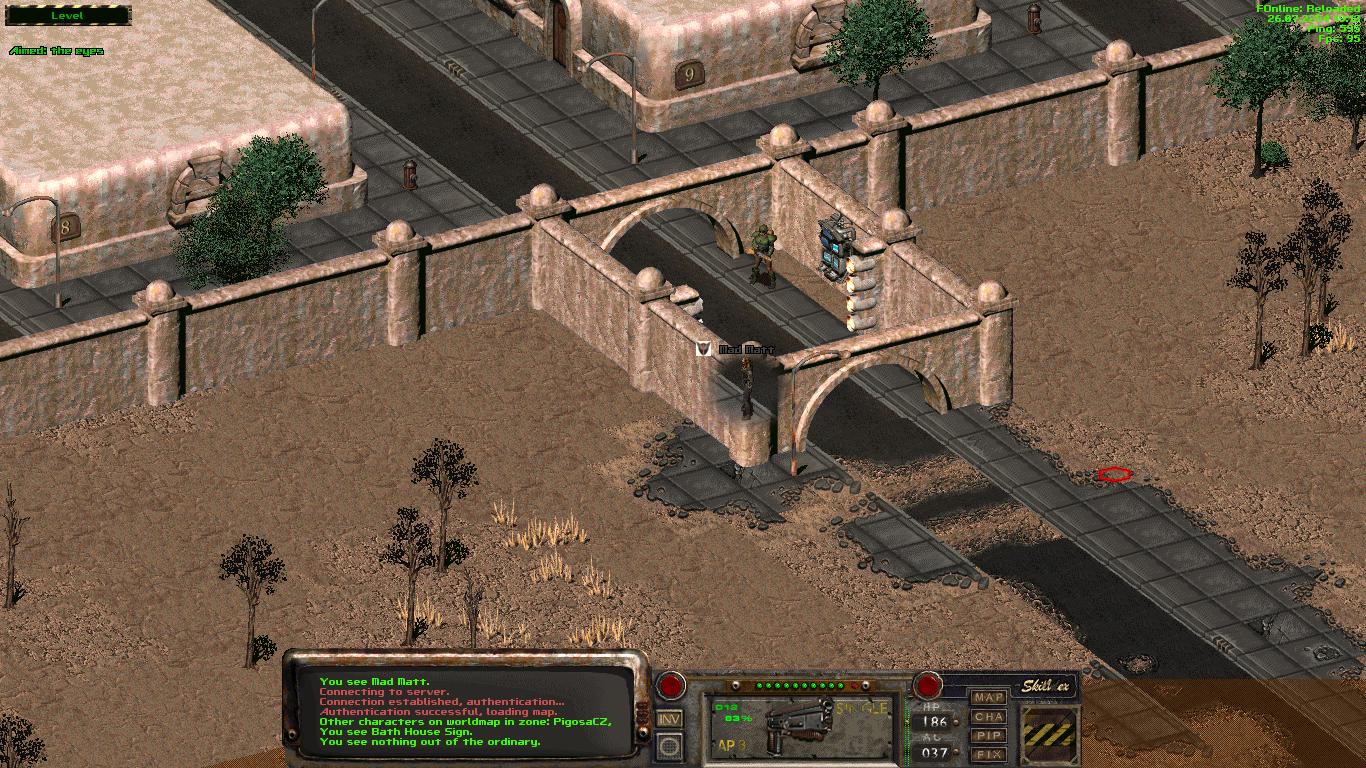 , you can not enter central part of Shady Sands.
Standing on green exit grid do nothing: 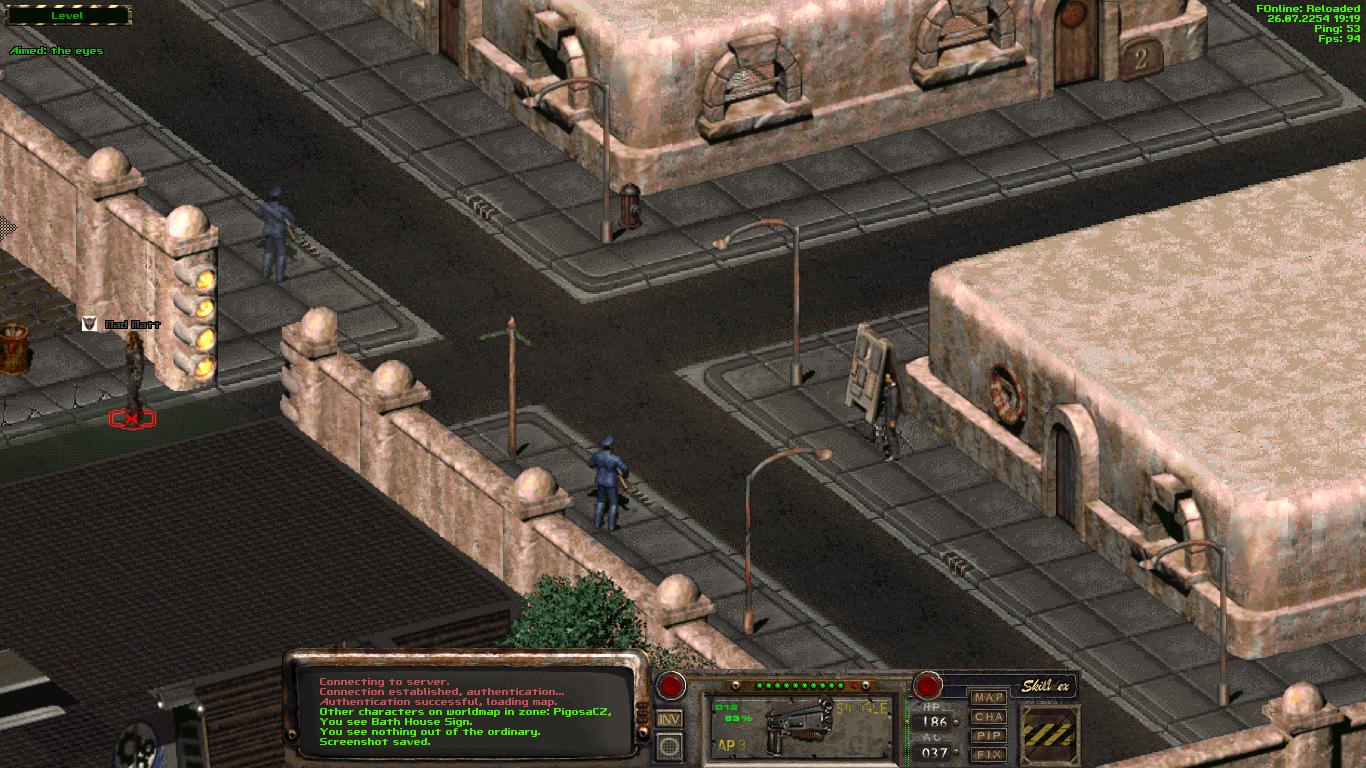 And going even further teleport you instantly to WM: 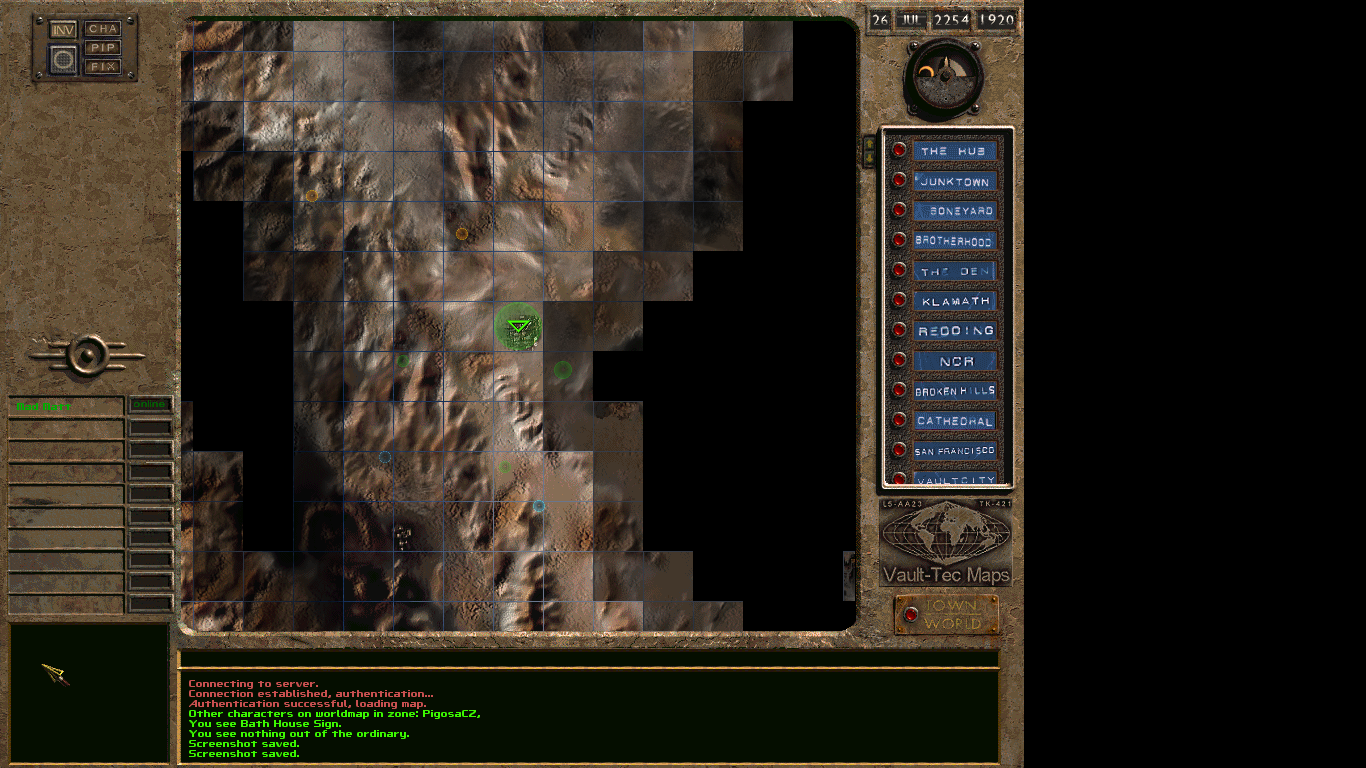 « on: September 11, 2017, 09:12:39 pm »
Well, before server was rerolled for few hours I bought 3 electronic books in Hub.
My base repair skill was probably 9%, I used probably 7 books till today. So at least 3 were left. Unfortunately  reroll didnt change our inv only skills/quests/etc. So I didnt have money (because I spend it on books, and game didnt reroll items), I lost books ( cause I used them, same thing as with cash). Till now it would be okay for me, I would earn that cash again. But now I bought a book and can not use it, cause it display msg that I learn nothing new from it. If so, after using 10 books, I should have at least 69% of repair skill but it stopped at 51%, any idea how to fix it without reroll? After all thats 18 SP, almost two levels on my low INT char :/ 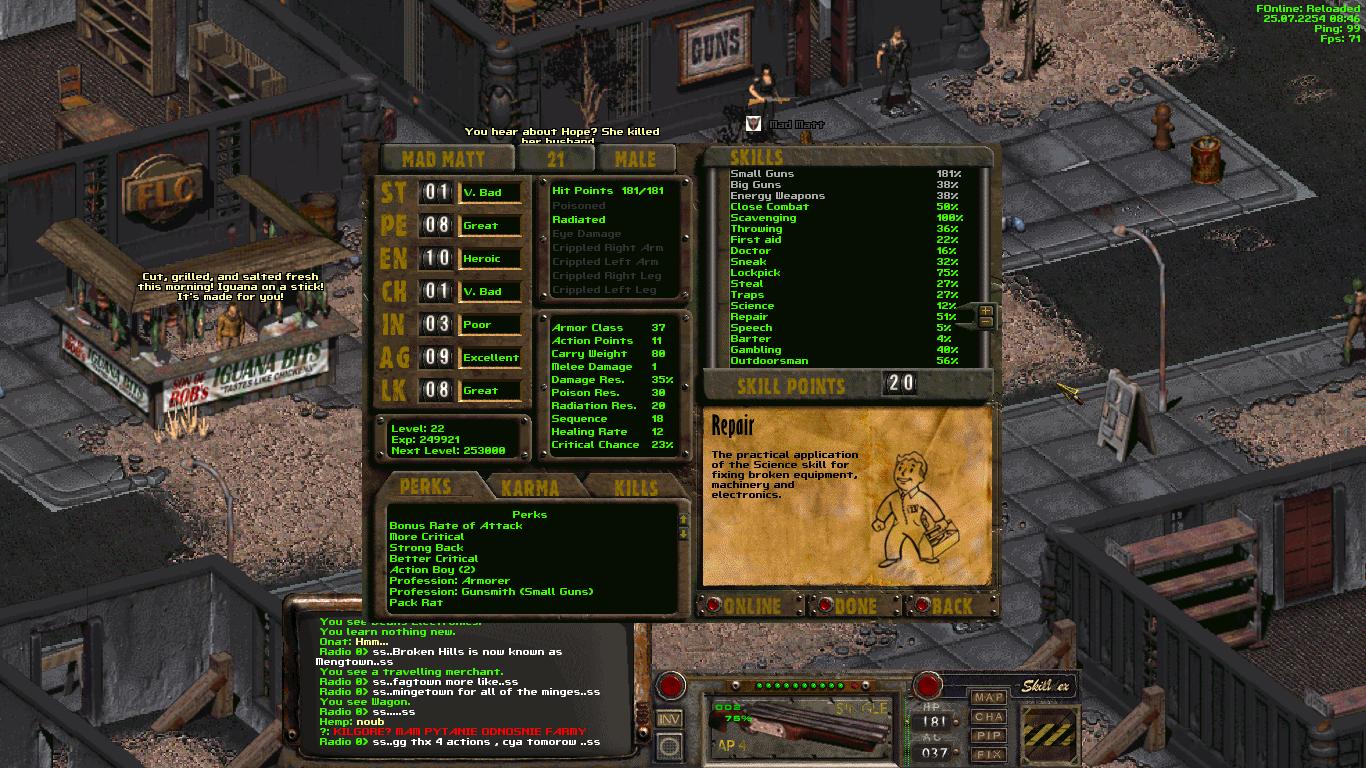 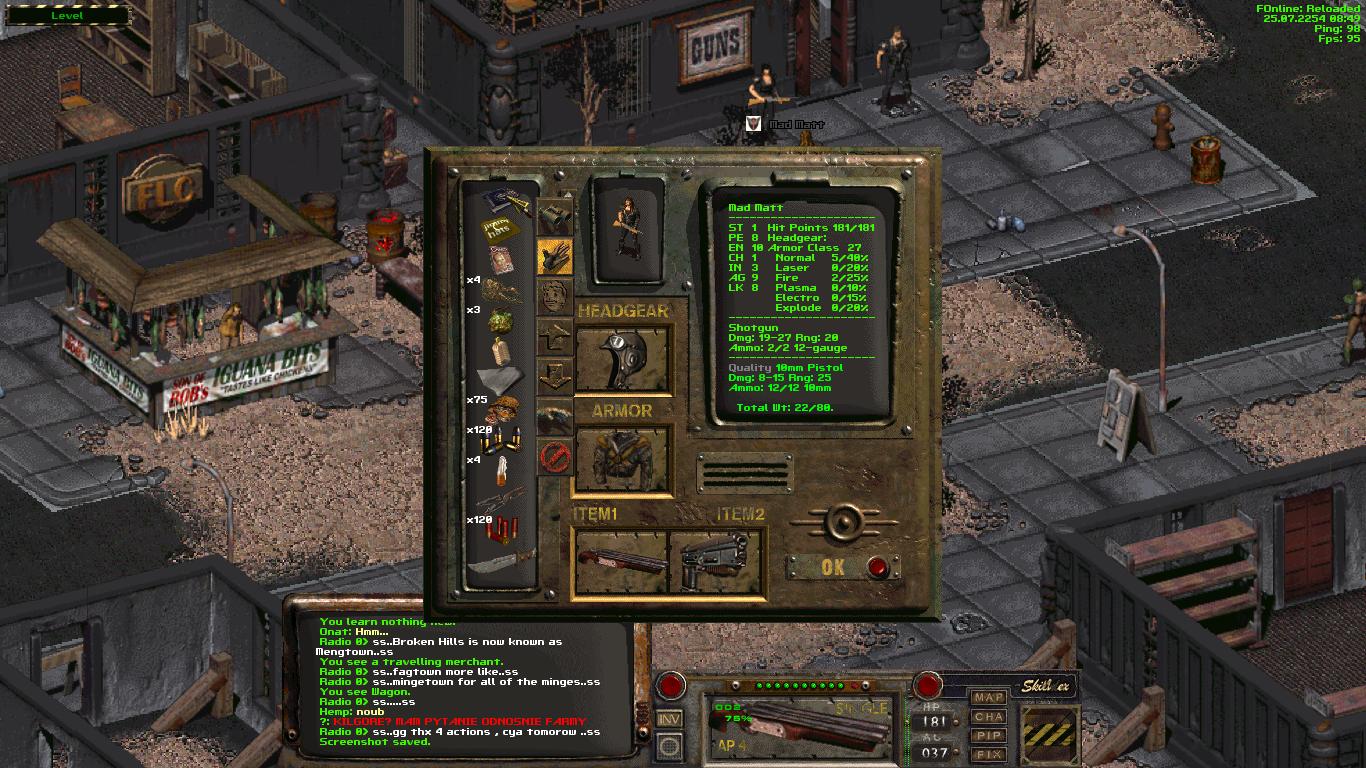 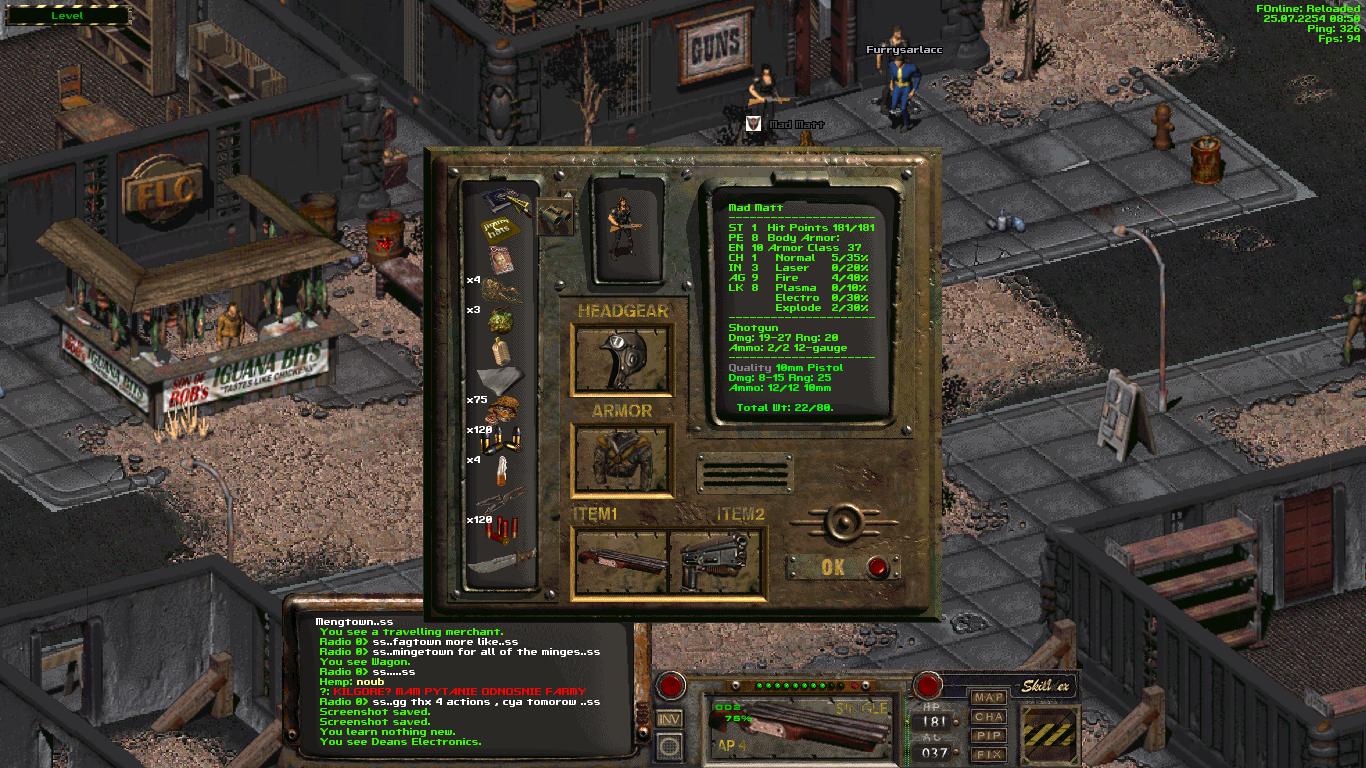 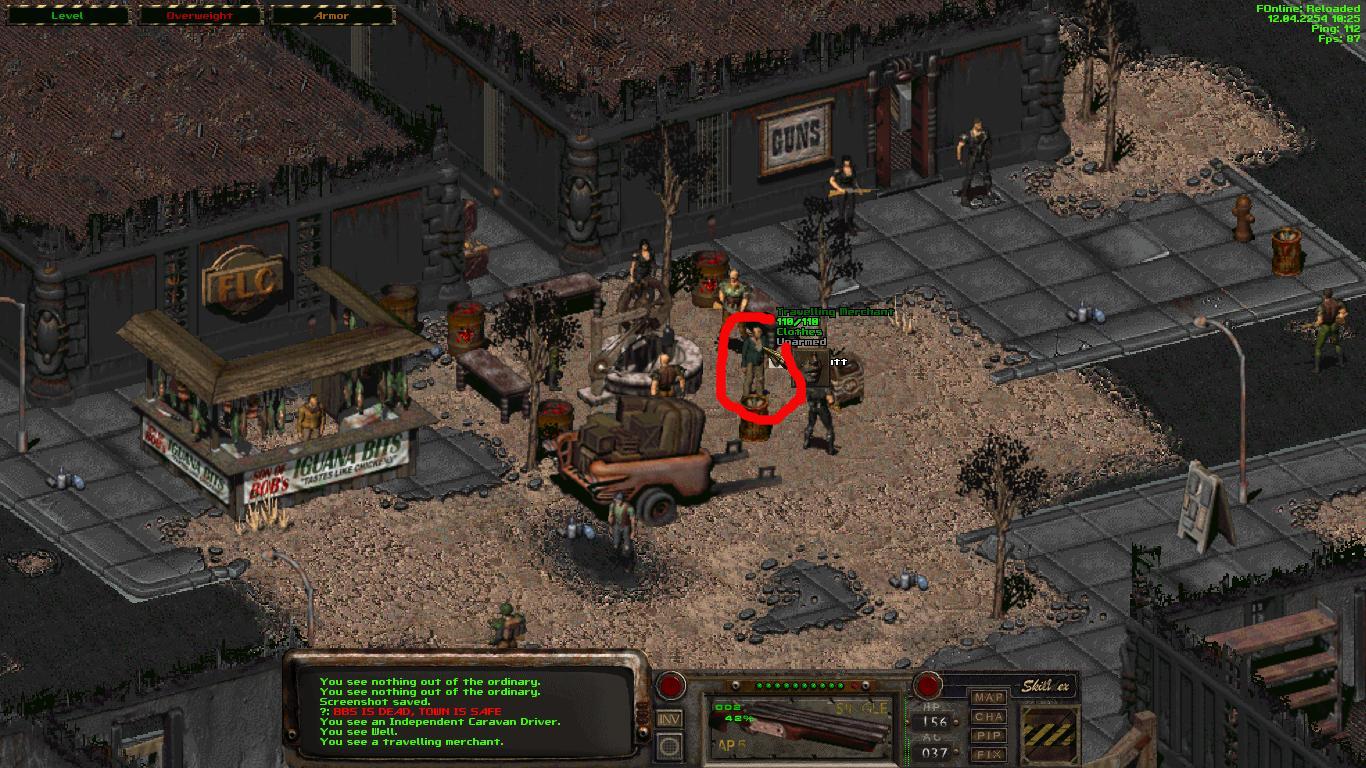 Before I will write about bugs(?) I would ask for a better camera blockers, because now to move your camera around edges of map you need to use zoom and shake your camera left-right and up-down to properly see every edge and corner of the map. That way I found one gun in the upper corner and dead body with fire gecko above it elsewhere, but it was only because I was fighting mainly not with NPCs but with camera :/
Spoiler: show 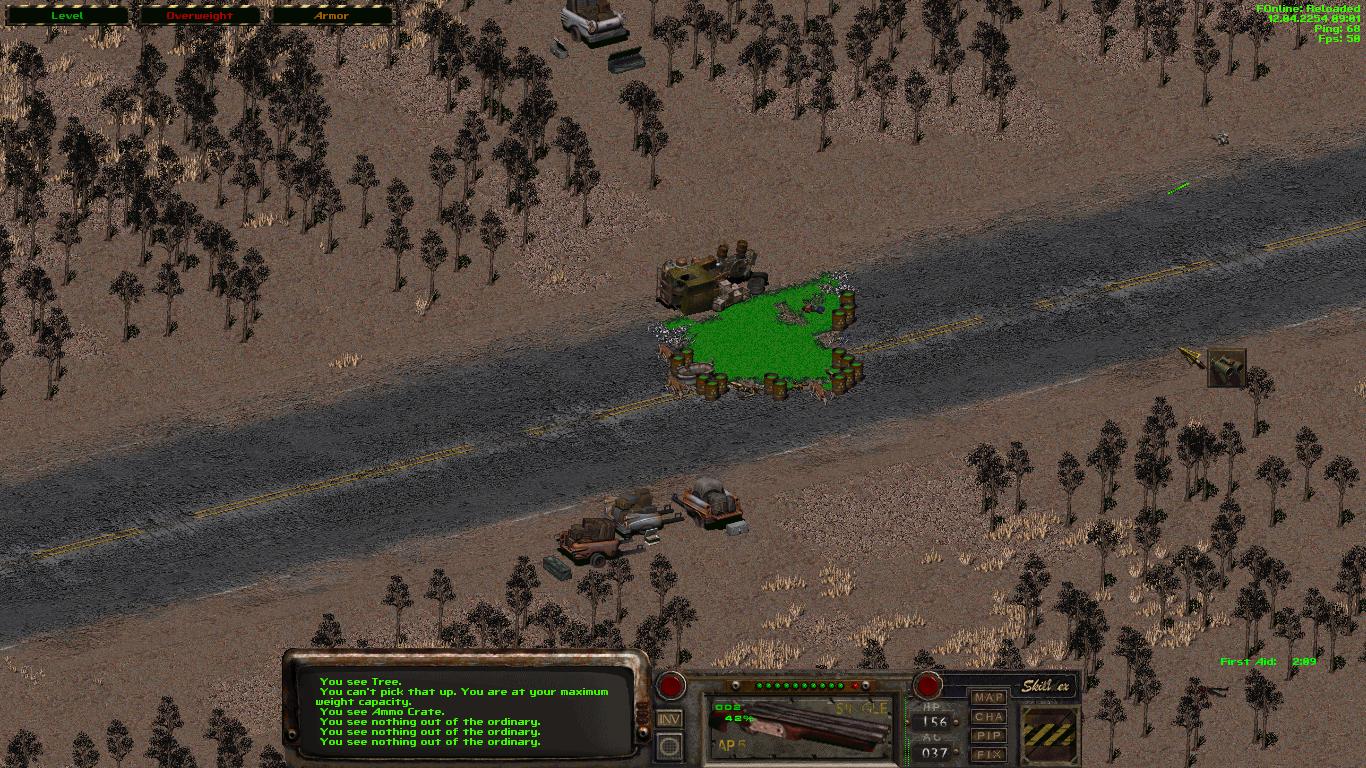 Back to subject, the main problem was that after I killed those damn geckos:
Spoiler: show 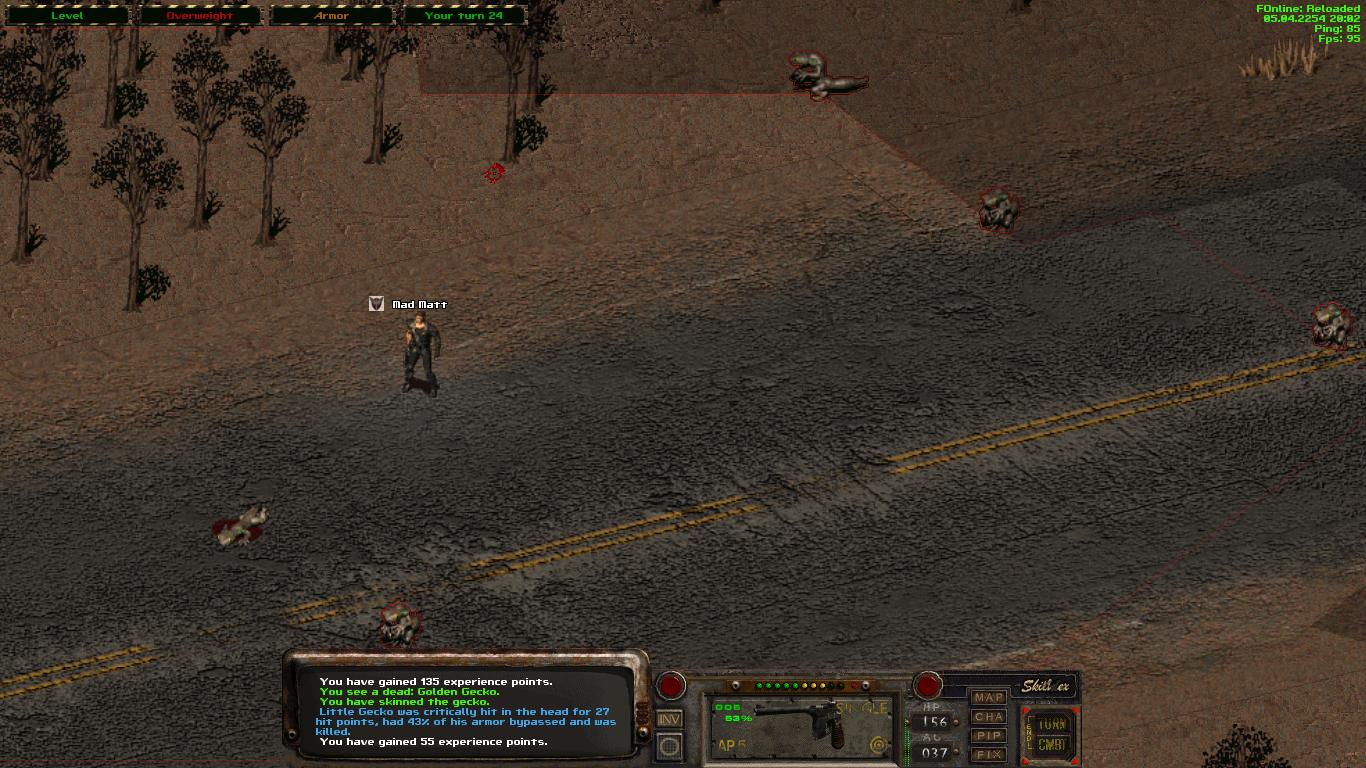 Those lil' bastards ressurected after minute or two (without agrro) and started to walk around like before I put them down:
Spoiler: show 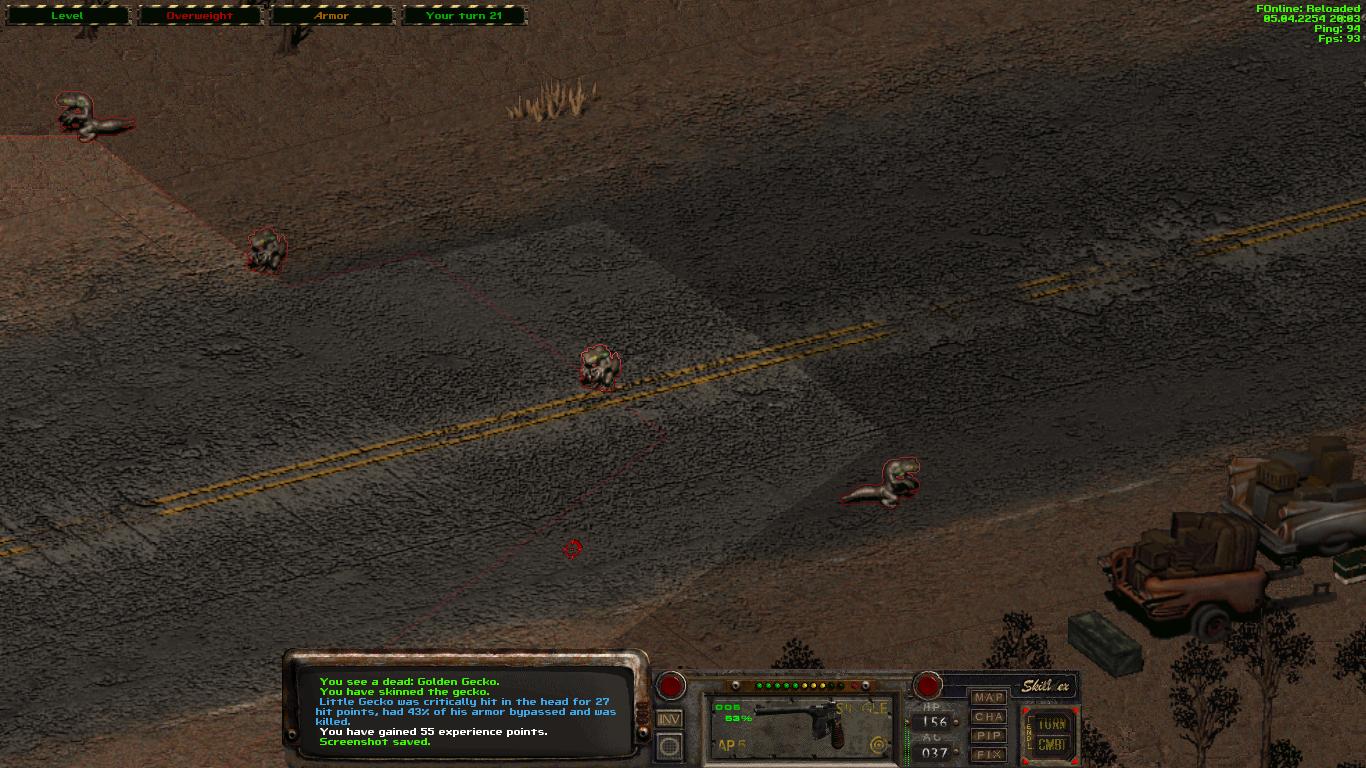 I played this map in TB combatmode, but it's the second time I see that weird shit.
I had to restart my client so I don't have evidences, but on Hotel in Mountains (Ridge's or smth like that) I saw same thing.
And I wanted to ask if it's a feature or it's a bug?

Next thing, yesterday I looted geckos' from their valuable skins and less valuable meat, I looted armors, guns and ammo from ground which were scattered on whole map, that's cool. I even looted stuff from boxes and chests. The only thing that's weird is fact that today (after ~4-6h) items that was on the ground didn't respawn, but loot in boxes and inside the corpse of red-shirt was magically back in those places so I was able to loot this again. All geckos' were alive again, but killing them gave me only exp, there were no chunks of meat and no skins on them.

Just wanted to report you, cause I had lil' mindfuck at first. Cheers and thx for new quests

Confirmed, same thing with Police Station map and raiders which I found when asked NCR Rangers, few minutes after death  they spawn again without weapons and attack me with bare hands. After death no drop, but give exp.

3. 1-5% extra exp. Abusable and meh, used only for crafting and farming NPCs.
No use in PvP

1-2 Sequence. After bringing some use to sequence in RT, buff it to 1-5 like DT.
I see no point in not bringing this to life.

The Thunderdome / Stalker The Hero

« on: March 04, 2016, 08:06:14 pm »
Napalm is UV leader from Brazil. He's a good leader and fine man, if you have a problem with-in his faction, you can trust him cause he surely will try to help you. UV are mainly okay guys, so joining them to find out about what troll was saying wouldn't be bad idea.
Players who are worth your trust from UV:
Deralol,
Prebalol,
Trooper,
Valchuck.

Of course as anyone they have their bad sides also, but knowing them is sure as hell profitable.

Welcome citizen,
if you want to join new, but ready to roll military group...well, you are in right place.

We're gonna be bunch of brothers, soldiers and rangers who wants to bring peace and law to the harsh and brute wastelands. Fly with us on the wings of justice, protect weak and not ready for fights while crashing those who wants to hurt them. *

We are Role-Play, PvE and PvP  faction.
(without TC for now - wipe will bring changes to TC system)
Contact me in-game or via PM


..and remember citizen, mercenaries don't die...they just regroup in hell.
So see you in hell my friends.

*
(even if you are not sure why you should help weaker, or you are not a nice guy,
remember, death of bluesuit or noob will not bring you any honour or pride.
Their blood on your hands will bring you only shame in eyes of true warriors.
Tougher enemies will bring you oceans of pride and best gear.